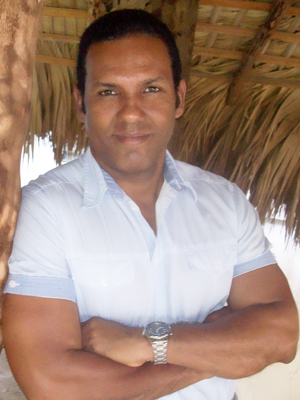 "Carlos, is an excellent teacher with tremendous patience to work with anyone trying to learn Spanish"
Paul W.

"In moving to DR I'm committed to learning Spanish. Carlos has been an awesome teacher and look forward to continuing our lessons"
Barb T.

Spanish was the second most spoken language in twitter in 2012

The usage of English and Chinese decreased in that year.

Spanish is the third most used language on the Internet and the second on Twitter , as reflected in the 2012 yearbook of the Instituto Cervantes ‘ Spanish in the world ” , which has been published since 1998 and that on Monday presented the Minister of Foreign Affairs and Cooperation, José Manuel.

Spanish is also the second language of international communication after English. It is estimated that in 2030, 7.5% of the world population will speak Spanish ( 535 million people) , a figure exceeded only by the Chinese, has highlighted Mr. García de la Concha at the ceremony held at the headquarters of Cervantes institute in Madrid.

Within three or four generations, 10 percent of the world population will be communicated in Spanish and U.S. will be the country with the largest Spanish-speaking population in the world, ahead of Mexico, the report says. On the Internet, the Spanish now occupies third place as most popular language after English and Chinese. On Twitter, Spanish is the second most used language after English.

His presence on the network registers sustained growth over 800 percent in the past 10 years, with an increasing distance in comparison to Japanese, Portuguese or German. In micro blogging social network Twitter, Spanish is the second most used language after English, quite a distance ahead from the Arabic, Russian, Italian, French and German. On Facebook, Also Spanish is one of the most used languages ​​with over 80 million people.

The report shows that about 18 million students worldwide study Spanish as a foreign language. Last year, the Cervantes grew by 8% in the number of enrollments of students of Spanish.

The Cervantes institute, presents in 77 cities in 44 countries, focuses mainly in America and Asia. Mr. Garcia de la Concha thinks that has been worth the agreement signed in 2012 with Mexico that allows Spain to use the Mexican offices in the U.S. and has referred to the progress of the negotiations to create an Observatory of the Spanish language in the U.S.

But he also warned of the lack of competent Spanish teachers in countries such as Brazil and China, whose universities were only able to accept in 2010, 30 percent of applications (about 25,000 Chinese students) received for studying Spanish.